Canon EOS 70D is an APS-C camera with 20.2MP “Dual Pixel CMOS AF” sensor and features 19-point AF module from the EOS 7D for viewfinder shooting, touchscreen control via its fully articulated 3″ LCD, and built-in Wi-Fi for image sharing and remote camera control from your smartphone or tablet.

The Nikon D7100 is a 24.1 megapixel APS-CDigital SLR camera. The D7100 promises high resolution by making do without an optical low-pass filter in front of its 24MP CMOS sensor. It gains a 51-point autofocus system and 6fps continuous shooting. 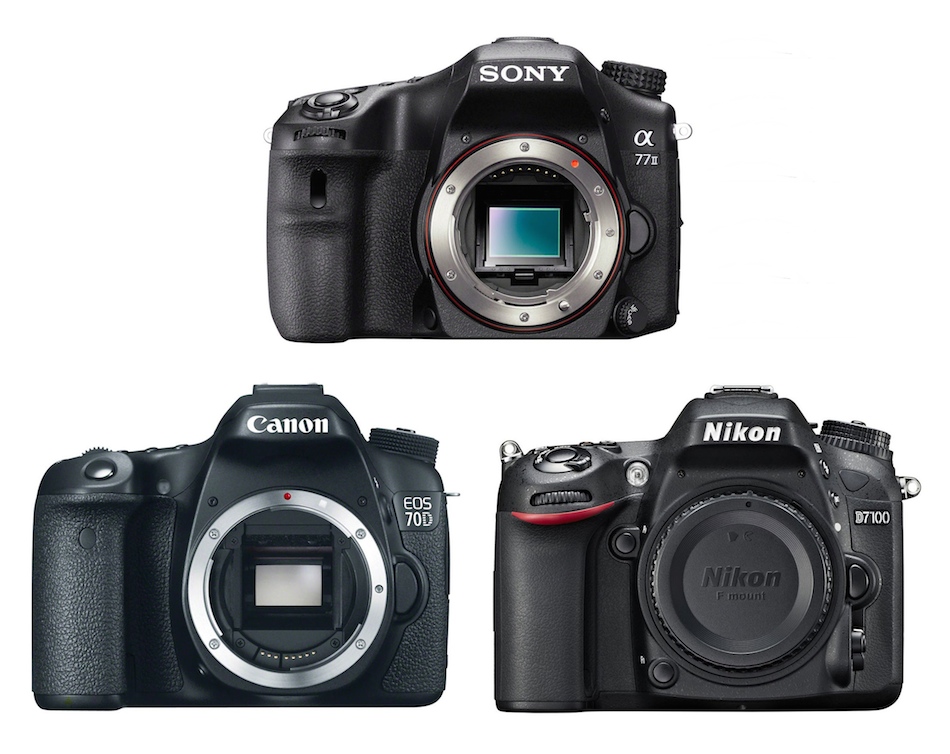 Below you can see the comparison table of Sony A77 II vs Canon EOS 70D vs Nikon D7100 DSLR cameras. It is very much clear that Sony A77 II provides better continuous shooting experience [12 fps] with low-light sensitivity. Sony A77 Mark II gives more native ISO range between 100 – 51,200.  Excellent camera for action and wild-life shooters.

If you are going to step into the DSLR world and have to choose one of them today. Sony A77 II gives better specs for photography with small sizes at similar price against rivals. The camera only lacks for GPS and Battery Life.