Home » Canon » Canon EOS 70D : The Guide to Understanding and Using Your Camera

Rocky Nook has published a new ebook “Canon EOS 70D: The Guide to Understanding and Using Your Camera” by James Johnson.

This new Canon 70D ebook covers everything from basic camera features to advanced options and goes beyond the user’s manual. The eBook is 332-page long and available for $16.95 through their website.

Canon EOS 70D : The Guide to Understanding and Using Your Camera 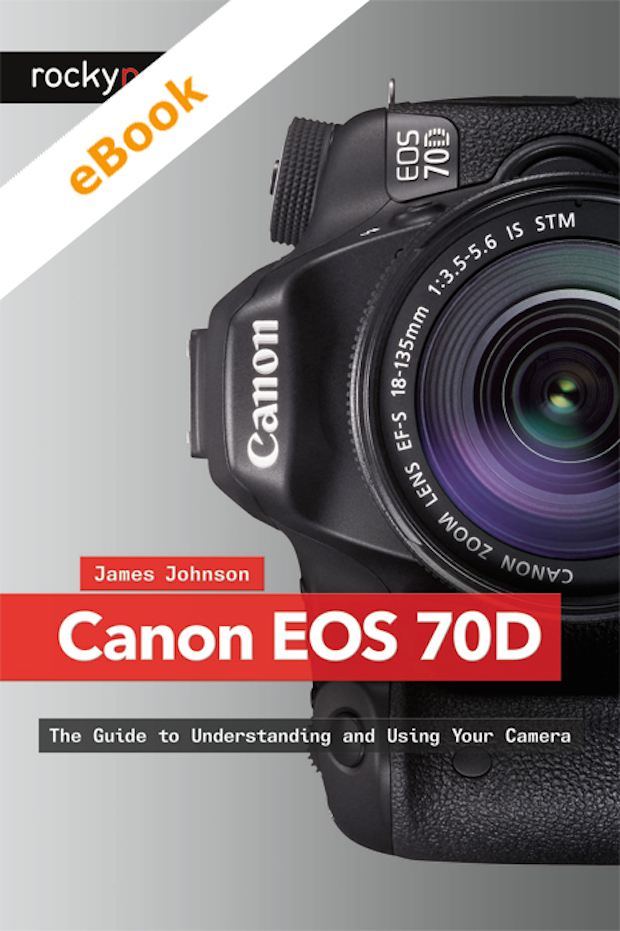 The Guide to Understanding and Using Your Camera

This book’s exploration of the EOS 70D goes beyond that of the user’s manual. It provides illustrations, step-by-step setting adjustments, helpful suggestions for setup, and detailed explanations for each of the camera’s many features and menu configurations. The text is illustrated with easy-to-follow screenshots and example images. This book will also introduce intermediate-level camera users to DSLR model-differentiating features such as Wi-Fi and Dual Pixel autofocus. The content covers effective use of the camera’s hardware (and some software) as well as certain related accessories, with little emphasis on general photography.

Author James Johnson covers everything from basic camera features to advanced photographic options. With this book as your guide, you’ll learn to successfully use this powerful camera.

When James (Jim) Johnson retired from a 25-year career as a software developer for IBM, he had already been working as a contract technical editor for Microsoft. After his retirement, technical editing and writing became his primary source of income to cover the cost of his “toys”—most of which were computer and photographic equipment.

Jim’s involvement with cameras began in the mid ‘50s when he needed to record the interior of caves in Kentucky. At the time, the greatest challenge was to provide adequate illumination, so he purchased a Leica 3F camera (which was the norm at that time) and experimented with numerous lighting sources. He was later able to add a nice piece of brass-and-glass that had been manufactured by Canon during the post-war occupation. That 100 mm telephoto was every bit as sharp and capable as the Leica lenses. Such began Jim’s appreciation for Japanese camera equipment.

Jim and his wife Heather live on the California coast in a home that overlooks the Morro Bay estuary. The coast, the bays, and the mountains combine to host a vast array of botanical subjects, which are the focus of Jim’s current photographic interest.