Leica sent out invitations for a “special highlight“ event on April 24th. They will announce the new Leica Mirrorless System which has been developed with Panasonic. Leica T series (type 701) camera will be positioned between the M and X lines. 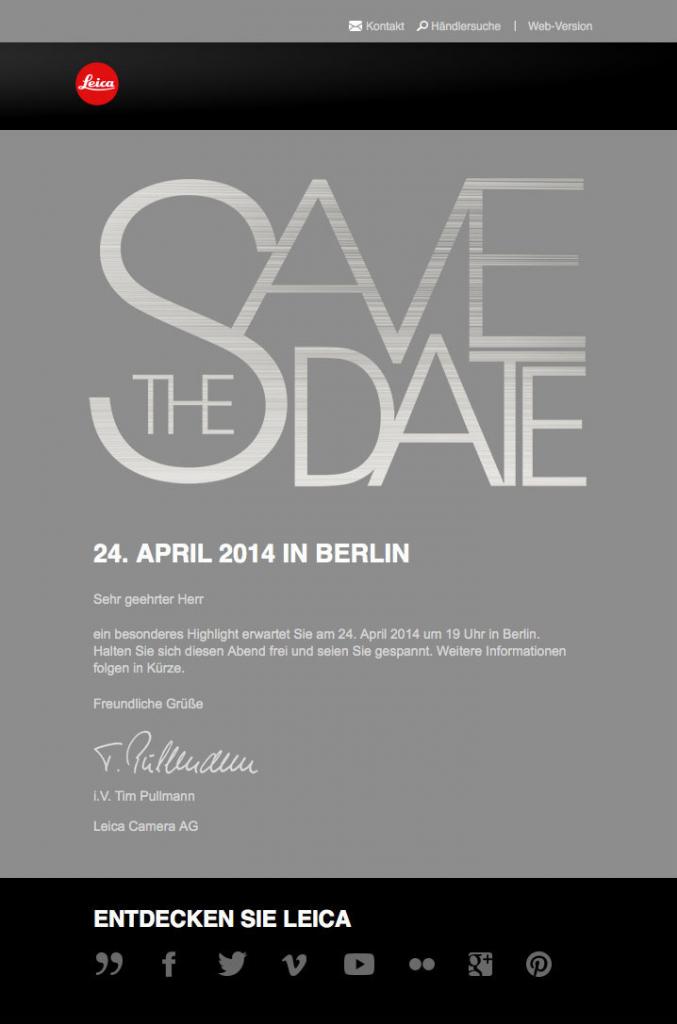