The Leica DG Summilux 15mm f/1.7 lens offers an angle of view equivalent to 30mm on full frame, and features an aperture ring at the front of the barrel. It’s also very small in diameter to match the tiny DMC-GM1 camera, with which it will be offered as a kit.

Panasonic has confirmed that its new lens will become available at the beginning of June 2014 in black and silver colors. It will have a price of £549.99. The lens will cost £999.99 with Panasonic GM1 kit. 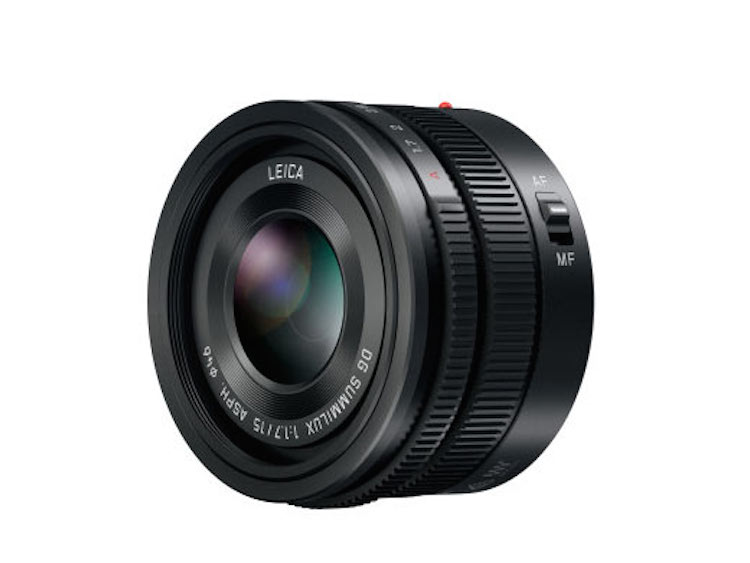 From the press release:

24th March 2014 – Panasonic has unveiled a new digital interchangeable lens, the H-X015 LEICA DG SUMMILUX 15mm / F1.7 ASPH. (35 mm camera equivalent: 30 mm) for the LUMIX G range, based on the Micro Four Thirds standard, which is both compact and lightweight.

The new lens system comprising of 9 elements in 7 groups uses 3 aspherical lenses. The aspherical lenses suppress spherical aberration and distortion effectively while enabling the lens unit to be made smaller.

The lens incorporates a superior inner focus system, which enables excellent resolution and contrast from close-up to infinity. The inclusion of a newly developed stepping motor makes the focusing action smooth, silent and quicker for use in both photo and video recording.

Notably the performance of AF is by far superior to the phase-difference AF when fast lenses with a smaller F value are used. It is also compatible with the sensor drive at max.240 fps to take maximum advantage of the high-speed AF of LUMIX G cameras.

The LEICA DG SUMMILUX 15mm / F1.7 ASPH. is the perfect companion for Panasonic’s recently released LUMIX DMC-GM1 and will be available with this camera in a new kit (DMC-GM1L) giving the photographer a sophisticated style with the ‘Got To have It’ camera enabling creative high quality photography.