Fujifilm XF 10-24mm f/4 lens announcement date is rumored for November 20. The price of the lens is unknown. It will provide a 35mm equivalent of 15-36mm.

Fujifilm XF 56mm f/1.2 lens is the second rumored lens in the roadmap. It will be announced on January 6, which looks like a product to be unveiled at CES 2014 show.  The price is also unknown for this lens. 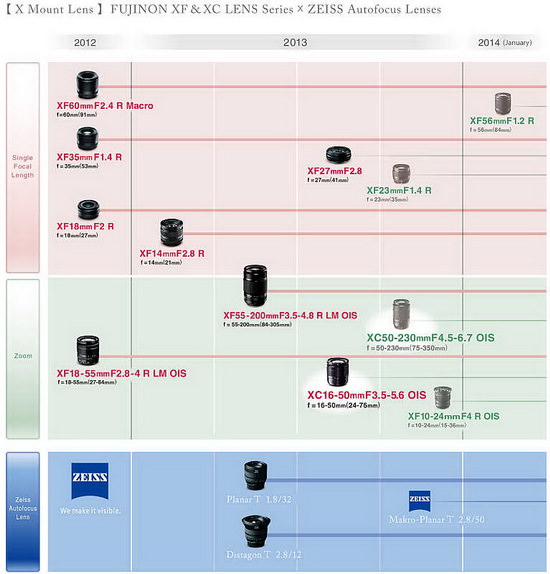 Fuji is also rumored to announce a new camera at CES 2014 show. It will be a new X-mount X-Trans II camera with weathersealed body.