The FG16 provides full access to all camera controls and functions. It is waterproof down to depths of 60 metres / 200 feet.  A complete system of dedicated accessories, including conversion optics, flash and video lighting sets, will be available for the Fanatesa FG16. 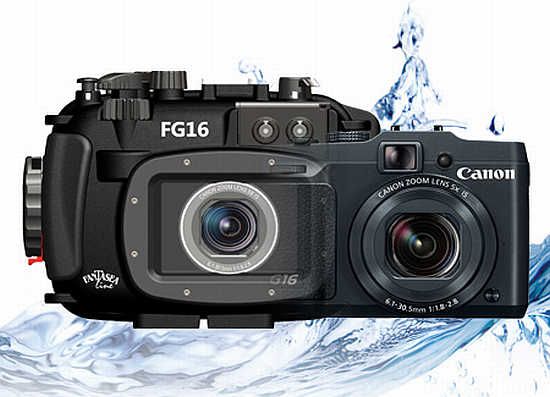 Canon has just announced the PowerShot G16 and Fantasea will have a housing for it very soon!

The new and stylish FG16 Housing, for the recently announced Canon PowerShot G16 camera, will be available at the beginning of December 2013, and we are already accepting orders!

Secure stock of the FG16 Housing, ensuring that you receive units as soon as the housing is released, and at the same time – take advantage of a special introduction offer. Please contact us for further information.

Canon G Series cameras are the most popular compacts in the market, the G16 being the best released so far!

The FG16 Housing introduces some of the highest and most professional standards of function, style and durability