Fotomagazine.de website leaked first image of the new Panasonic GX7 camera. From the image below the new GX7 is a mix of the Four Thirds L1 and a little touch of the Fujifilm X-M1 camera.

Lumix DMC GX7 will feature an 18-megapixel image sensor with 16 megapixels effective resolution like GH2, built-in image stabilization and viewfinder. The camera will also feature an autofocus assist light and a hot shoe mount, and a maximum shutter speed of 1/8000th of a second. 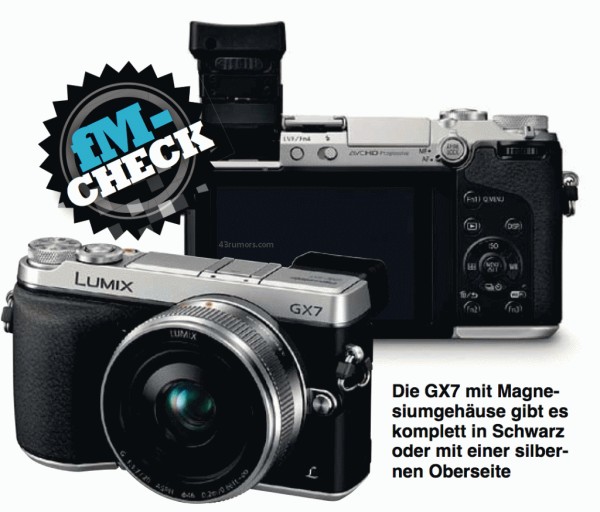 Below are the rumored specs list and first images of the upcoming Panasonic GX7 micro four thirds camera.