Samyang Poland has posted a press release with some sample images taken with the Samyang/Rokinon Tilt-Shift 24mm. According to the PR, the Samyang T-S 24mm f/3.5 ED AS UMC will be available in Mid May, 2013.

Samyang/Rokinon Tilt-Shift 24mm lens will be priced at 979 Euro in Europe. The lens is going to be available with mounts for Canon EF, Nikon F and Sony A-mount. Canon M, Fujifilm X, Samsung NX and Sony E-Mount will also be released.

The Samyang / Rokinon Tilt-Shift 24mm lens is also available for pre-order with a price tag $999. 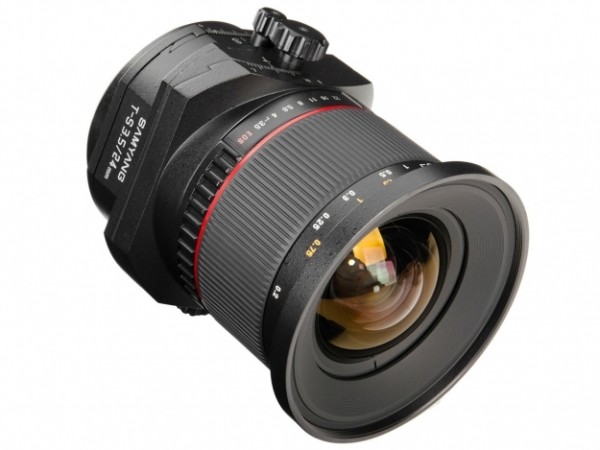 Samyang Tilt-Shift 24mm to be released in mid-May

T-S 24mm f/3.5 ED AS UMC, the new Samyang lens featuring the perspective control function, will be soon released on the European market. The lens was first presented at last year’s Photokina fairs in Cologne. Thanks to the advanced optics and sophisticated mechanical construction, this new Korean lens comes as a highly competitive tool which may outdistance other products in this category.

Samyang T-S 24mm f/3.5 ED AS UMC is a wide-angle prime lens designed for full frame cameras. Its optics and mechanic features enable independent shift of the optical axis and lens plane tilt. This feature, combined with the Tilt-Shift section rotation function, gives unlimited range of image creation options with the use of perspective and depth of field. New Samyang lens is an ideal tool for landscape and architecture photography, but it’s also a limitless source of inspiration for ambitious photographers who express their emotions in new ways, through unique perspectives, precise placed focal planes, corrected convergence of lines within the frame and high-resolution panoramas.

Tilt-Shift function of the lens allow for smooth adjustment of the focal plane angle (from -8.5 to +8.5 degrees) and parallel shift of the lens optical axis by ±12 millimetres. Given sections responsible for tilt-shift function may be rotated to the left by 30, 60 or 90 degrees against each other. Since the bayonet mount may be also independently rotated to the right by ± 90 degrees, also at 30 degrees increments.

The wide range of functionalities of this Tilt-Shift lens required designing sophisticated optics based on highest quality elements had to be designed. For this reason Samyang T-S 24mm comes with sixteen lenses divided into eleven groups. The optics includes two aspherical lenses (ASP) to prevent spherical aberration effect and two lenses made of low dispersion glass to reduce chromatic aberration to the minimum. Such construction allows to obtain great details reproduction and slight bokeh typical of the highest quality lenses. Each lens is covered with multi-layer anti-reflective UMC coatings which provide perfect light transmission, high contrast and faithful colour reproduction.

Samyang T-S 24mm f/3.5 ED AS UMC will be initially available with mounts for Canon EF, Nikon F and Sony A. Versions with Canon M, Fujifilm X, Samsung NX and Sony will also be released.

Suggested retail price of the product in Poland is 3975 PLN, in Europe is 979 EUR.

The first batch of the lenses will be released in mid-May 2013.