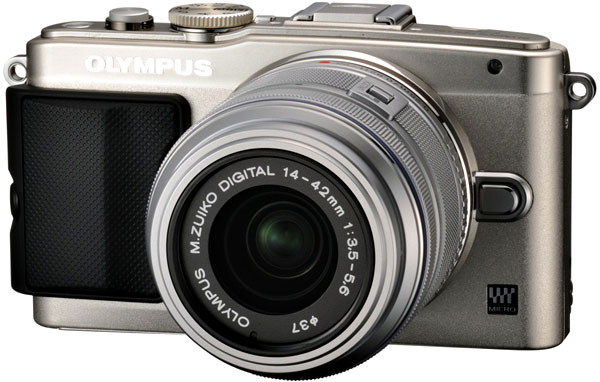 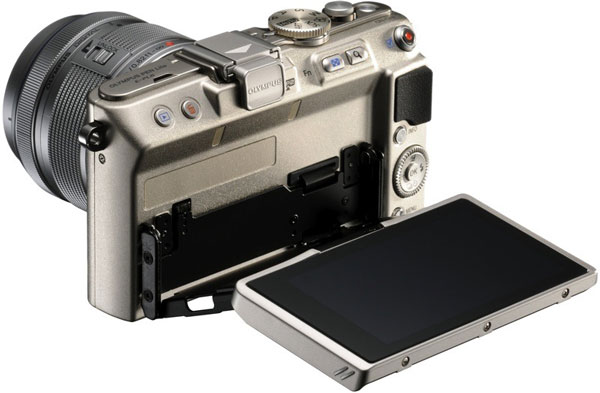 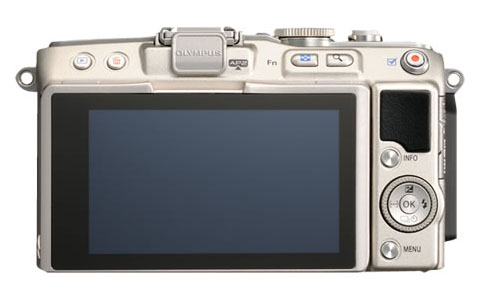 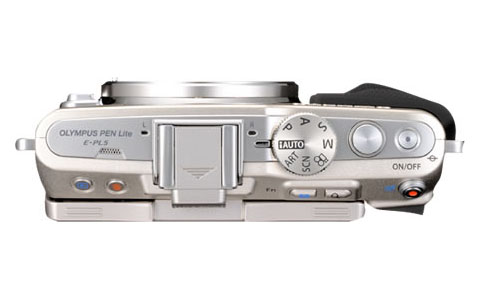 Olympus Imaging Corporation (President: Haruo Ogawa) is pleased to announce the introduction of the OLYMPUS PEN Lite E-PL6, a mirrorless interchangeable-lens camera that conforms to the Micro Four Thirds System standard. It is scheduled to go on sale in the end of June, 2013.

Mirrorless interchangeable-lens cameras, best exemplified by Olympus’s PEN series, have received the warm and enthusiastic support of photographers who want to enjoy photography more conveniently. This market is fast expanding in Japan and Asia, where mirrorless cameras account for an great percentage of the digital camera market*1 . In the evolving camera market, the OLYMPUS PEN series has taken special pride in responding to the needs of new groups of photographers thanks to their stylish design, highly-portable compact size and light weight, and wide functionality that keeps expanding photography’s expressive range. For example, they have become the camera of choice for women who are interested in camera as a means of self expression.

By combining the FAST AF system that made Olympus’s flagship model, the OM-D E-M5, the world’s fastest*2 with the Touch AF Shutter function, which allows users to take a picture by touching the Live View screen, users can now enjoy capturing the moment they want, wherever the subject is positioned, with instantaneous autofocus. For the touchscreen, a capacitance touch panel is used, allowing the immediate reaction to even the lightest touch. Additionally, by using the same 16.05-megapixel Live MOS Sensor and TruePic VI image processing engine used in the OLYMPUS OM-D E-M5, users can enjoy the highest image quality offered by Olympus. This camera features all twelve Art Filters that are a defining characteristic of Olympus system cameras. With a number of variations and effects available, the possibilities for creative artistic expression are expanded. The compact-sized and light-weight body, optimized for OLYMPUS PEN Lite users who enjoy active photography, along with the 170°-swivel monitor give users the freedom to shoot from any angle, including self-portrait shots. The camera also features a range of substantial new functions that make photography more convenient and expand the shooting possibilities of the camera. These include a Short Release Time Lag mode, ISO LOW setting, interval Shooting, Time lapse movies and a Level guide. With Red as a new color, in addition to White, Silver and Black, the body is available now in a total of for color variations.

Olympus remains committed to expanding the line-up of mirrorless interchangeable-lens cameras and to developing the system as a whole with a view to creating and expanding new markets.

The FAST (Frequency Acceleration Sensor Technology) AF system that allowed the OLYMPUS OM-D E-M5 to achieve the world’s fastest autofocusing*2 is incorporated in the E-PL6. With this system, the Live MOS Sensor is driven at a high speed and the speed of AF computation has also been improved. Additionally, increased communication speed with the lens and synergy with the MSC (Movie & Still Compatible) mechanism, which facilitates fast, quiet movement of the AF system in the lens, further complete the camera’s hassle-free fast AF system.

The rear monitor incorporates a capacitance touch screen panel with excellent responsiveness. Combined with the FAST AF system, users can take pictures instantaneously simply by touching the Live View screen. With the Touch AF Shutter, regardless of the position of the subject on the screen, the user has only to lightly touch the screen to instantly execute the process from focusing to shutter release. This is a completely new shooting style that expands the joy of photography.

2. Superb image quality continued from the flagship of the Olympus system camera, the OM-D E-M5.

Committed to the concept of “providing maximum image quality performance for all PEN models”, Olympus has generously endowed the OLYMPUS PEN Lite E-PL6 with the same 16.05-megapixel Live MOS Sensor and TruePic VI image processing engine incorporated in the flagship of our Micro Four Thirds system cameras, the Olympus OM-D E-M5. This image sensor features vivid color representation and high resolution that reproduce a natural three-dimensional feeling, together with a spectacular improvement in sensitivity and noise reduction, achieving maximum sensitivity of ISO 25600 for still images. Dynamic range has also been expanded, enabling richer expression of gradations between dark and bright areas with a wide range of intensity.

Art Filters are an Olympus original shooting function that not only helps users better create the image they envision, it also gives them the opportunity to surprise themselves with unexpected effects. Applicable to both still images and movies*3 , Art Filters can be easily enjoyed by everybody.

Art Effects customize Art Filters with a variety of effects*4 to further enhance their creative appeal.

This function can generate multiple pictures with different Art Filters with a single shot, making it possible to experiment with several different photographic effects at the same time. The combination of an unexpected scene and an unexpected Art Filter may lead to the creation of a picture beyond the reach of your imagination. In addition to the Art Filters, this function can be used to select multiple picture modes including Vivid, Natural, Flat and Portrait. A Slide Rec View function is provided to play back immediately after shooting, a slideshow of the pictures with the various Art Filters applied.

The rear panel monitor features a large, easy-to-view 3.0-inch, 460,000-dot high-definition LCD with an aspect ratio of 16:9 and a swivel range of about 170° up and about 65° down. In addition to low- and high-angle shooting, self-portrait shooting can also be enjoyed comfortably. The LCD monitor also features an anti-fingerprint coating that protects it from fingerprints and dirt, a viewing angle that extends 176° from all directions and improved color reproduction. Optical resin is used to hermetically seal an air layer, reducing internal reflection, so the monitor is easy and comfortable to use even for outdoor shooting.

The camera incorporates a new short release time lag mode in addition to the super high-speed FAST AF system. With a shortest time lag speed of approximately 0.044 seconds*5 , users will not miss any photo opportunity even when shooting fast moving subjects.

ISO LOW (equivalent to ISO 100) has been extended towards the low sensitivity end. This allows users to use the large lens at maximum aperture even in bright daylight and obtain the maximum background defocusing effect in their pictures. The expanded shooting possibilities of the camera give users more freedom to create a wide variety of pictures.

The camera features a new interval shooting function where the interval (1 second to 24 hours) and number of shots (1 to 99) can be set. With a very simple operation, users can shoot a series of pictures showing the growth of a plant, the drifting of clouds, moving crowds or a butterfly emerging from chrysalis form.

Users can easily convert a series of pictures taken using interval shooting into a time lapse movie*6 like those often seen in movies or documentary films. Art Filters can also be used to produce even more creative time lapse movies.

The camera features a two-axis (horizontal and vertical) digital level guide that allows users to accurately frame pictures even when there are no horizontal lines in the composition or when shooting a dark night scene.

1. OLYMPUS Image Share (OI.Share) smartphone application Using the OLYMPUS Image Share (OI.Share) application for iPhone/Android and a Toshiba FlashAirTM*7 SDHC memory card incorporating wireless LAN, it’s easier than ever to upload pictures to your favorite social network. With the smartphone connection function of the OLYMPUS PEN E-PL6, it is very easy to set up a FlashAirTM card and start using the Wi-Fi connection. The OI.Share application makes it easy to transfer pictures to a smartphone by selecting their thumbnails, apply Art Filters on the smartphone and share pictures in collaboration with various SNS applications. Pictures can also be enjoyed by friends and family by issuing a one-time password to connect several smartphones simultaneously.

2. Image rotation in playback The camera features the image rotation function that detects whether the camera is in the horizontal or vertical position. This improves the joy and comfort of picture browsing.

5. Movie Teleconverter and Art Fade effect The Teleconverter feature allows the user to select a part of a movie during movie recording by tapping it on the touchscreen panel and switch back and forth between the magnified section and the widescreen movie without deterioration. Using it brings more fun to movie recording, allowing the user to capture the atmosphere at school plays, sporting events, and the like while zooming in for close ups of children’s faces matched to a given scene. Also, by selecting one of the Art Filters*8 during movie recording, the user can create more artistic movies with the selected filter in which the image gradually changes.

6. RAW editing in the camera The camera offers detailed in-camera RAW editing. The cross-cursor button can be used to select and change various RAW settings. Previewing the edited image is also possible. Detailed in-camera editing without using PC software is particularly convenient when RAW development is required outside the home.

9. 3D tracking AF The imager AF used in mirrorless interchangeable-lens cameras features better recognition capability of the subject than an AF based on phase difference detection. Making full use of this advantage, the E-PL6 uses a 3D tracking AF with a movement prediction function that can track depth-direction movement, as well as a traditional tracking AF to track objects moving in the up, down, left and right direction, to improve the accuracy of AF on moving objects. In C-AF (continuous AF) mode, sequential shooting at 3.5 fps is possible by tracking the AF across a wider image area than with digital SLR cameras based on phase difference detection AF. This system is also able to track subjects that are hard for phase difference AF to follow, such as people and faces. Precise subject tracking is available not only for still photo shooting but also for movie recording.

10. Advanced iAUTO The iAUTO function automatically determines and sets the optimum shooting mode for the subject. With a database of 42 different scene modes, iAUTO can find a mode to suit any scene.

11. Full-HD movie shooting (MOV) Full-HD movies can be recorded in MOV format (MPEG-4 AVC/H.264)*9for easy viewing and editing on a PC. Movie recording is also possible in the traditional AVI format* (Motion JPEG). Audio is recorded in linear PCM in both formats. Touch AF can also be used for movie recording.

12. Live Bulb and Live Time shooting To ensure updated display of the Live View during bulb shooting, two functions are provided: Live Bulb, for shooting while the shutter button is held depressed; and Live Time, for releasing the shutter with the first press of the button and closing it with the second press. Previously, during bulb shooting, the Live View image on the rear panel monitor would disappear during shooting, but now, thanks to these new functions, Live View images can be displayed at set intervals even during exposure. Users can now set the optimum exposure time for bulb shooting by checking the updated Live View image, instead of having to rely on intuition or experience until now.