Leica Camera put a new teaser on their website. The teaser show a new camera called “Mini M” with a question mark. According to the official site Leica Mini M camera to be announced on June 11th.

Leica Mini M will be positioned as a new model between the M and the X series cameras. Also according to LR, the new camera will be made in Germany and it will not be part of the Panasonic re-branded Leica cameras. 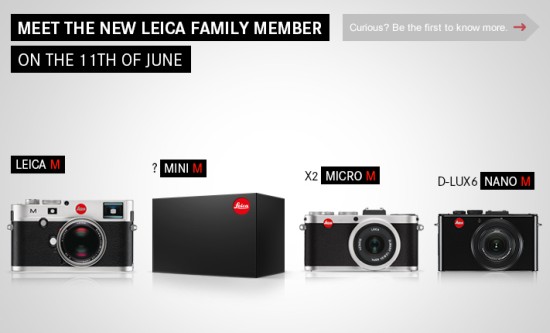