After the Samsung NX1100 officially announced there may be a new Samsung NX2000. There are already some sample images started to shown on Google Plus. PR published a picture of a Samsung NX Camera that is most likely to be the new Samsung NX2000 Mirrorless Camera.

The below picture is of a Samsung NX camera that runs on the Android or Tizen OS (home button on the right). No other details yet but we already know Samsung is rumored to be working on a NX Camera that is going to run Android OS.

This could probably be widely expected Samsung NX 2000. 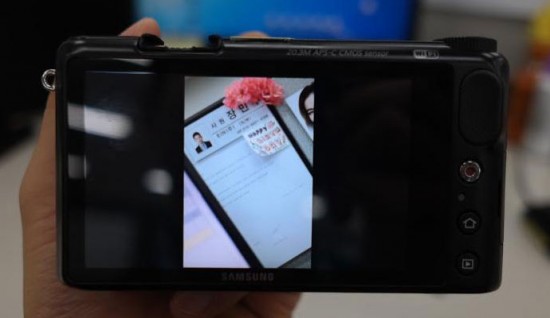