Canon is expected to release a new Firmware for the EOS-1D C hybrid DSLR camera soon. The biggest addition is the ability to record in 25p at 4K resolution. CR received a screenshot of the firmware being tested a few days and just got around to it today. The screenshot below shows all the various frame rates available to you for the EOS-1D C.

The NAB 2013 Show is coming up this weekend in Las Vegas and Canon will be showcasing their video products. The new Firmware may be released after the show. 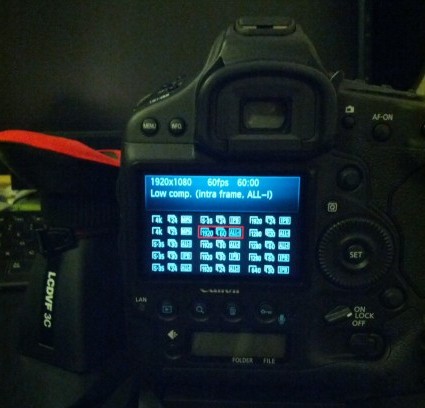