Canon will have a new product announcement on March 22, 2013. Most likely Canon will introduce the rumored replacement for the Canon EOS 60D DSLR camera and it is going to be widely expected Canon EOS 70D. 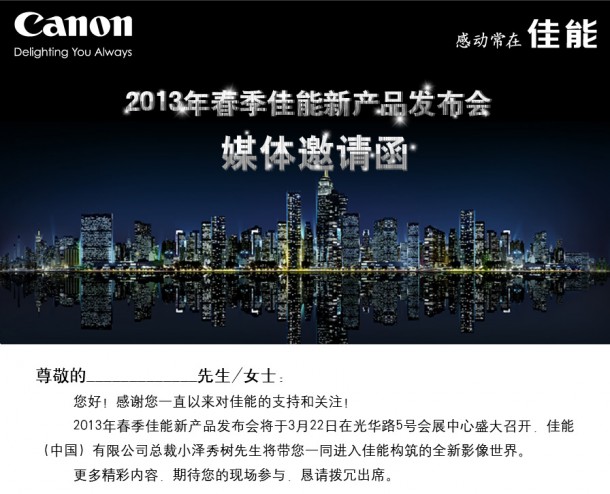