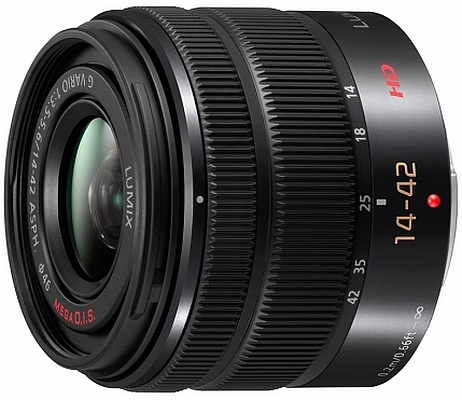 Panasonic’s MEGA O.I.S. (Optical Image Stabilizer) makes it easy to shoot super clear shots even at tele end or in low-lit situations by suppressing the blur caused by a hand shake.
With its minimum focus distance of 0.2 m (14-20 mm) / 0.3 m (21-42 mm) even at full zoom, the new lens provides a maximum photographic magnification of 0.17x (35 mm camera equivalent: 0.34x). 7 aperture blades consists a circular aperture diaphragm and produces an attractive smoothness in out-of-focus areas even shooting at large aperture.