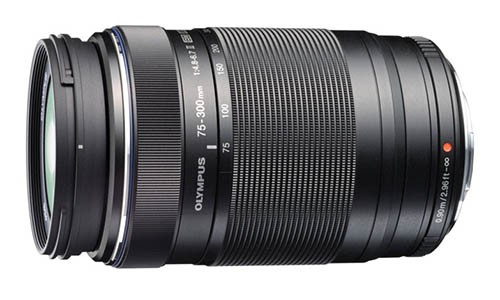 It will be available in only black color. the 75-300mm lens is coming with Olympus XZ-10 compact camera.