“With an Overall DxOMark Lens Metric Score of 35 the Nikon AF-S 85mm f/1.8G is the best 85mm lens in the DxOMark database and well exceeds the average DxOMark Overall Score of 28 for this type of lens.”

Here are the three comparison of the DxOMark test. 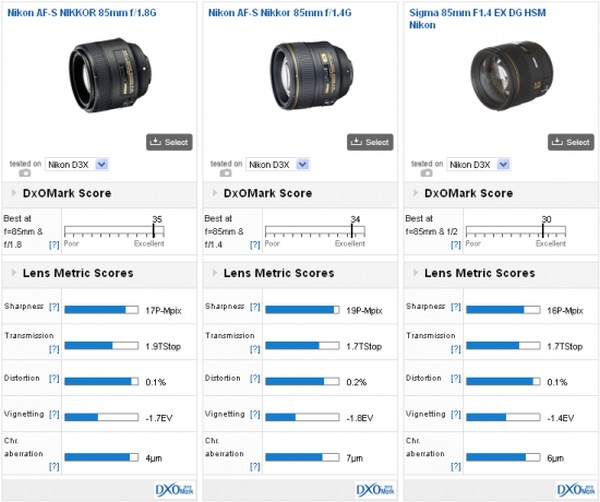