TOKYO – Nikon Corporation is pleased to announce the release of two new COOLPIX S-series models that incorporate advanced functions in a stylish design.

The S6500 is a wide-angle, high-power zoom model equipped with a backside illumination CMOS image sensor with an effective pixel count of 16.0-million pixels, a 12x optical zoom NIKKOR lens that covers a broad range of angles of view from the wide-angle 25 mm to 300 mm (both equivalent in 35-mm [135] format), all in a slim and stylish body. With Wi-Fi® compatibility, users can transfer high-quality still images captured and movies recorded with the camera to a smart device for direct upload to social networking sites. The new S6500 also features five new Glamour Retouch effects, including Brighten Faces, which brightens skin tones, and Whiten Teeth, which makes teeth appear whiter. In addition to expanding Nikon’s latest proposal for new ways to enjoy connecting with digital cameras, the S6500 offers extensive features that allow users to further enjoy their photos after they have been taken.

The slim S2700 features not only a 6x optical zoom NIKKOR lens, whose wide-angle and zoom capabilities allow it to cover a wide variety of scenes, but also an extensive selection of automatic shooting functions including six types of Scene Auto Selector modes. The camera is also equipped with a wide variety of image editing functions such as Special Effects and Filter Effects, as well as advanced basic functions such as Motion Detection and Subject Tracking. The S2700 is a model that enables even first-time digital camera users to safely enjoy shooting and editing still images through simple operations. In addition, the S2700 has met the needs of users wanting a unique camera by offering Decorative Pink and Decorative Purple designs with flower motifs on the front surface of the body. 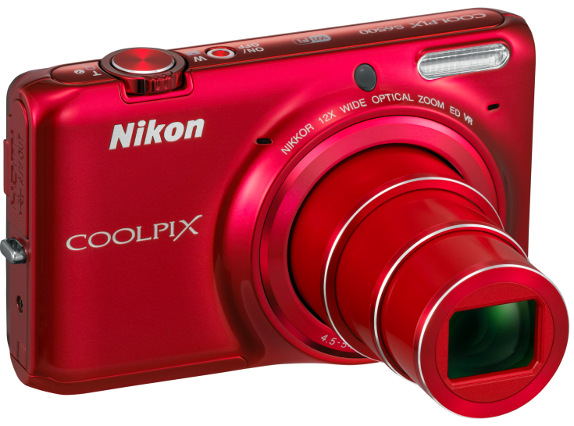