Fujifilm has announced the new XF 27mm f/2.8 R WR lens. The updated version of the XF 27mm f/2.8 is now weather-sealed and has added an aperture ring.

Fujifilm Fujinon XF 27mm f/2.8 R WR Lens offers a focal length equivalent to 41mm on cameras like the X-E4. While optically the same as its predecessor, Fujifilm added weather-sealing and an aperture ring with a lock function, without making the lens any larger. The lens accepts 39mm filters and weighs in at just 84 grams (3 oz).

The XF27mm F2.8 is a thin, “pancake-style” prime lens, with a focal length of 27mm, which provides image-makers with a natural field of view that is close to what the human eye sees, making it extremely suitable for a diverse range of styles from everyday general use to portraiture, street, and landscape photography. 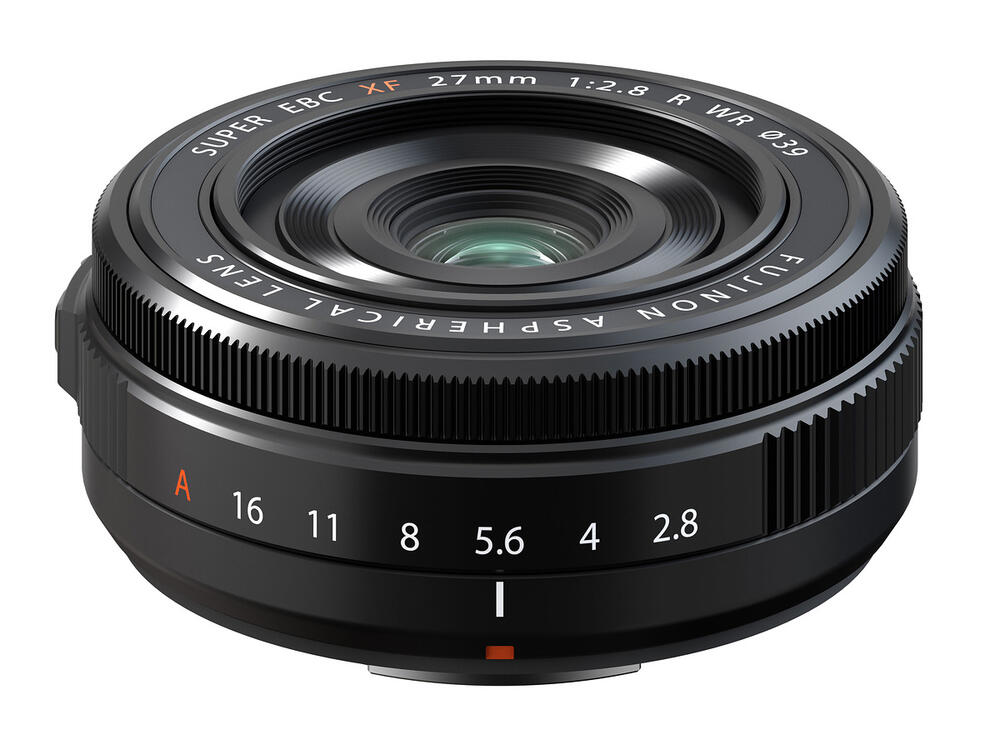 XF27mmF2.8 features an aperture ring with an F-stop scale, so that users can visually check and adjust their aperture setting without needing to look at the camera’s screen or through its viewfinder. The aperture ring also features the A (Auto) Position Lock, which locks the lens into the A-Position to prevent unintentional adjustments to the lens’ aperture while it is being used.

Weather-resistance has been applied at seven locations on the lens to protect against water and dust and allow it to fully operate in temperatures as low as 14°F (-10°C).

In addition to the standard lens cap, XF27mmF2.8 comes packaged with a dome-shaped lens hood (LH-XF27) and a hood cap (LHCP-27) to provide options to protect the lens, and to accommodate users that prefer using a low-profile hood over the lens caps because of its convenience.

As referenced above, a lens hood and hood cap come packaged together with the XF27mmF2.8 lens. Replacements of these accessories are available for separate purchase as well.