Each lens is capable of 1:2 magnification so may not be considered ‘true macro,’ though the 50mm can go to 1:1 via an optional close-up ring.

Canon says that all three offer improved image quality compared to previous TS-E lenses, with enhancements such as molded aspherical glass and UD lenses. SubWaveLength Structure Coating (SWC) is used in the TS-E 50mm F2.8L and 135mm F4L to reduce ghosting and flare, and a new anti-reflective Air-Sphere Coating (ASC) is used in the TS-E 50mm F2.8L and TS-E 90mm F2.8L. Each lens comes with usability improvements including a larger tilt range, shift-and-lock knobs and a mechanism to lock the lens at its zero-tilt position. 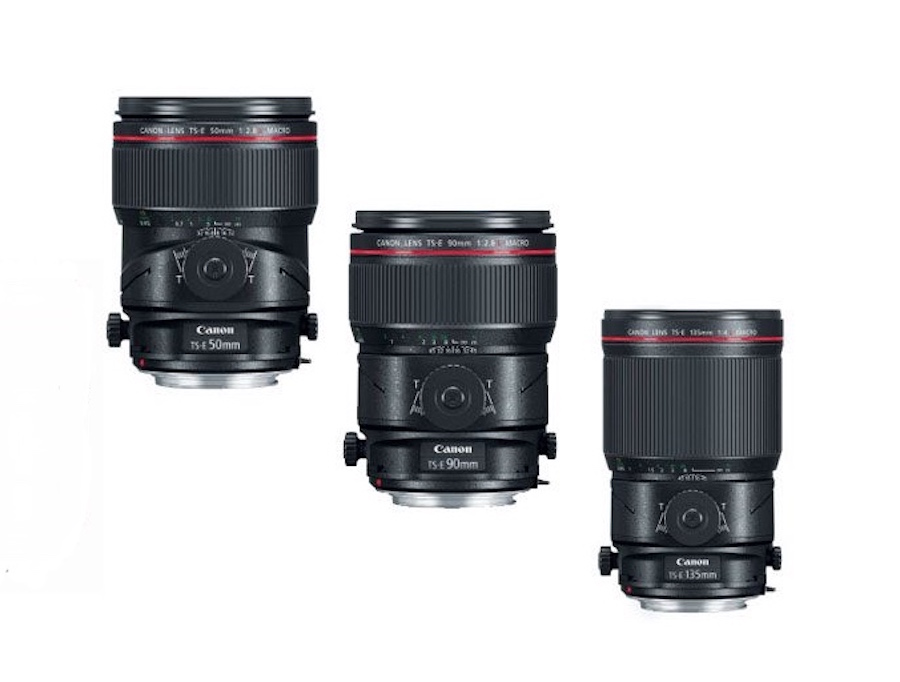 Tilt-Shift lenses have several applications for suitable photographers because of their ability to provide enhanced creative control over perspective through the tilt function and depth-of-field through the shift function in their images. This ability can be optimal when photographing landscapes, portraits, and architecture.