The Fujinon X-mount lens line-up will have new additions in the near future. Fujifilm is rumored to be planning to announce the XF 8-16mm f/2.8 WR wide-angle zoom lens.

As we know that initial information about this lens began to leak at the beginning of 2016. Then the XF 8-16mm f/2.8 lens was not announced in the following period, including Photokina 2016.

It is thought that the Japanese-based company would like to complete the WR series prime trio. That’s why they have delayed this wide angle zoom lens. 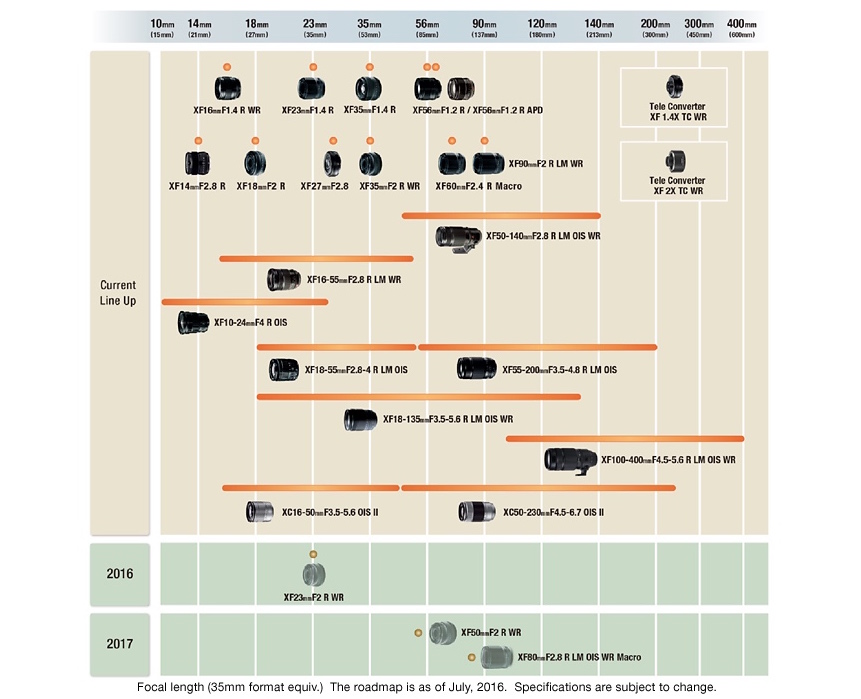 If we need to give some details about this wide-angle zoom optic. It will be designed for landscape, architecture, and interior photography. The maximum aperture will stand at f/2.8. The lens will provide a full-frame focal length equivalent of about 12-24mm. From the WR symbol we can also say that the product will be weathersealed. This means that it will be great in combination with the X-T1 or the X-T2 mirrorless cameras.

The rumor mill claims that once the Fujifilm completes the current roadmap with the release of the XF 80mm F2.8 1:1 Macro later this year, the next X-mount lens will be the Fujinon XF 8-16mm f/2.8 WR model. Stay tuned with us for more information.