The company already mentioned about a firmware update in February 2021. The upcoming firmware will enable 4k 60p mode in the Nikon Z6 II camera and it will also upscale the AI algorithms inside the Nikon Z6 II as well as the Nikon Z7 II.

This new Nikon Z6 II and Z7 II firmware update will be available for download on February 25, 2021. Both full frame mirrorless cameras will benefit from Improved EyeAF. See the details from the Google translated text below. 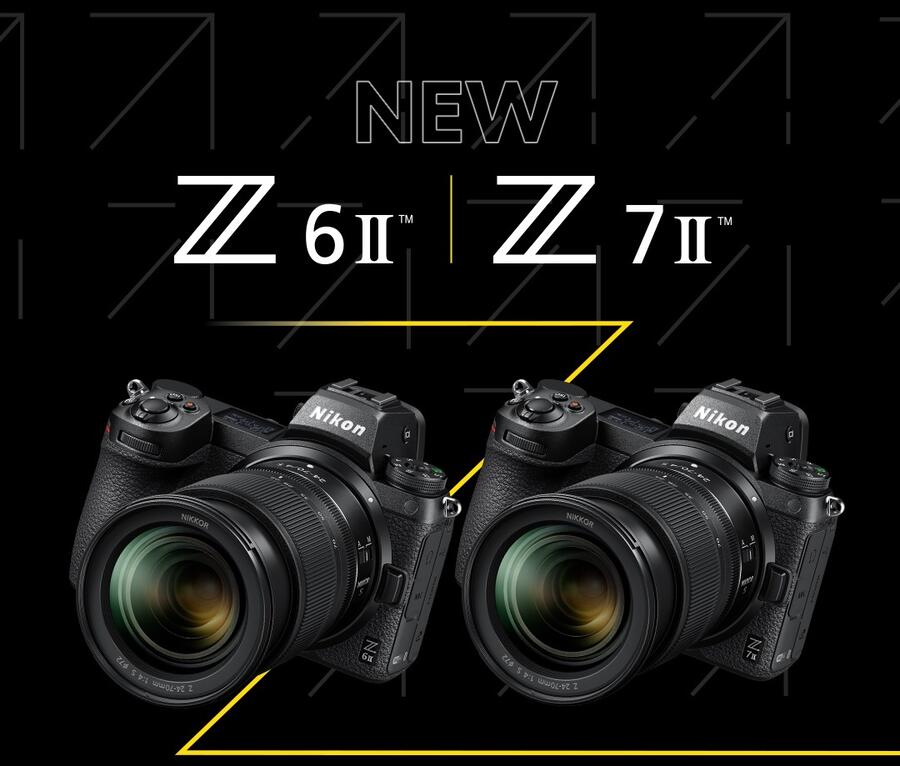 In addition, the pupil AF performance of the “Z 7 II” and “Z 6 II” has improved pupil detection performance. Eyes can be detected even when the person’s face is smaller than before, supporting comfortable and stable shooting.

In addition, “Z 7 II” and “Z 6 II” will be compatible with RAW video output * 3 * 4 to an external recorder * 2 manufactured by Blackmagic Design * 5. You will be able to record * 6 not only with ProRes RAW but also with Blackmagic RAW.

For cameras that have already provided the paid setting service, the RAW video output function to an external recorder made by Blackmagic Design will be enabled only by upgrading to firmware Ver.1.10.

On Nikon CP + 2021 Online, we will introduce explanations and examples with the same firmware upgrade β equipment by delivering the appearance stage of Mr. Koji Ueda and Mr. Hideki Kohno.

1 The imaging range setting is [DX-based video format], and the image quality is fixed to [Standard].
2 In addition to Atomos’NINJA V’, Blackmagic Design’s Blackmagic Video Assist 5 “12G HDR” and “Blackmagic Video Assist 7” 12G HDR “are now compatible with Nikon’s RAW video output, ProRes RAW and ProRes RAW, respectively. You can record with Blackmagic RAW. Operation is not guaranteed for recorders other than the above. (As of February 18, 2021)
3 RAW videos are available for a fee. If you send it to the Nikon Repair Center or bring it to the Nikon Plaza or Service Center, you can set the RAW video output for a fee.
4 “Z 7 II” can output RAW video only in FX format-based full HD and DX format-based 4K UHD.
“Z 6 II” is capable of 4K UHD and full HD RAW video output regardless of FX or DX.
5 Blackmagic Design plans to release software that supports the Z 7 II and Z 6 II as compatible models for recording Blackmagic RAW on Video Assist 12G models.
6 4K UHD / 60p does not support RAW video output.

If you send the “Z 7 II” or “Z 6 II” to the Nikon Repair Center or bring it to the Nikon Plaza or Service Center * 1, you will be charged to set the RAW video output * 2. This allows you to record RAW videos with high grading resistance to an external recorder via the HDMI terminal.
Before applying, please check the precautions for this service (Notes on the [RAW output setting] function) described in the “Z 7II / Z 6II Technical Guide-RAW Movie Shooting-” in advance.

1 Advance reservation is required for inspection and repair at the service center.
URL: https://www.nikon-image.com/support/showroom/reservation.html
2 Information on how to apply for the RAW video output paid setting service for the mirrorless cameras “Z 7 II” and “Z 6 II”
URL: https://www.nikon-image.com/support/whatsnew/2020/1106.html
Share this...