CamFi has announced that the new version of its app, CamFi 3.0, adds wireless tether support for Sony cameras.  It allows the users to remote control Sony camera with iPad or laptop via Wifi, transmits the photos to the client devices as they are taken.

CamFi 3.0 supports both raw and jpeg image file formats. It also supports live view for Sony cameras. That way, a photographer can see the live view of the camera, change the ISO, shutter speed and aperture and shoot remotely.

Sony a7, a7R, a7S, a7 II, a7R II, a6000, a6300 and a5100 are currently supported with additional Sony camera support coming in the future says CamFi support page. Both MTP and PC Remote modes are supported; users can select their preferred mode in the camera’s ‘USB Connection’ menu. 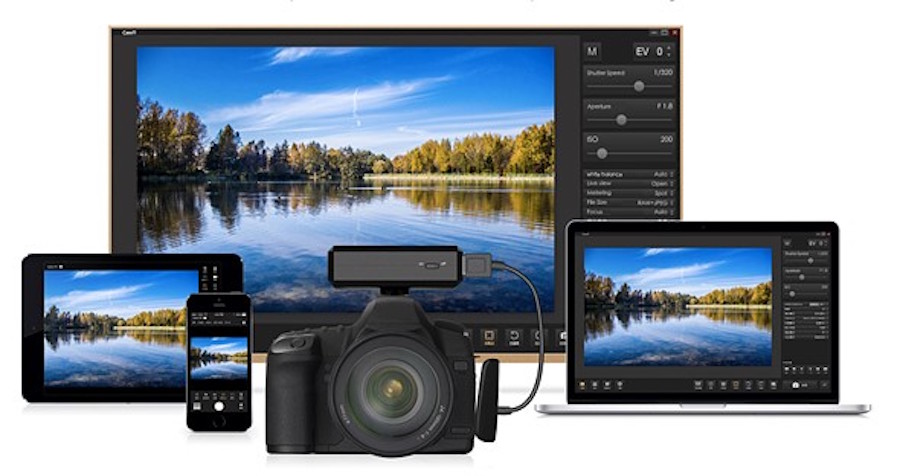 The new version added support for the newest DNP wireless printer server. This allows the user to print the photo via Wi-Fi immediately after shooting. CamFi supports multiple camera control, which can be used to create a bullet time effect.