Olympus Stylus Tough TG-860 is a new, rugged compact camera with a 16-megapixel BSI CMOS sensor and 5x optical zoom. The ruggedized camera is waterproof to 15m/50ft, freezeproof to -10C/+14F, shockproof from 2.1m/7ft, and crushproof up to 100kgf/220lbf.

The new model adds built-in Wi-Fi and GPS and a pair of customizable buttons, and keeps the 180-degree flip-up LCD for convenient underwater or mountain-top selfies. 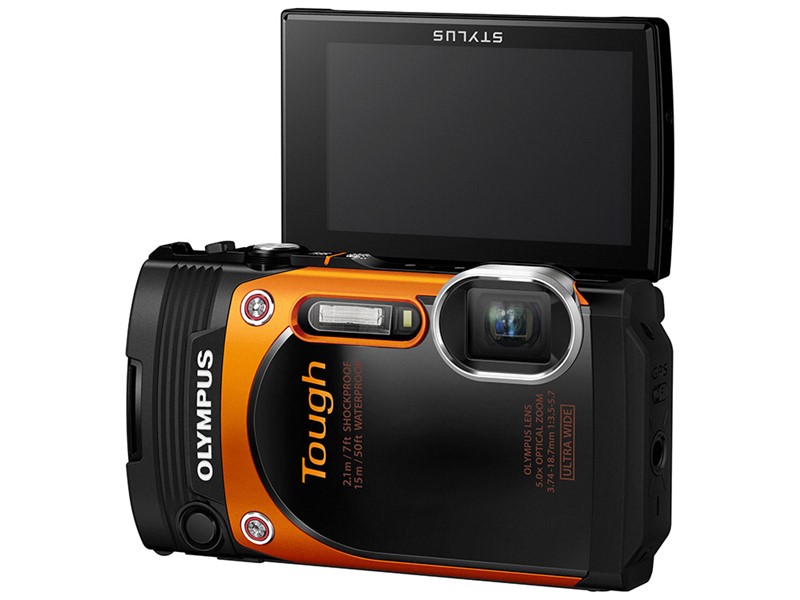 Olympus Stylus Tough TG-860 rugged camera is available from the stores below with a price tag for $279.99. Shipping will start in April. 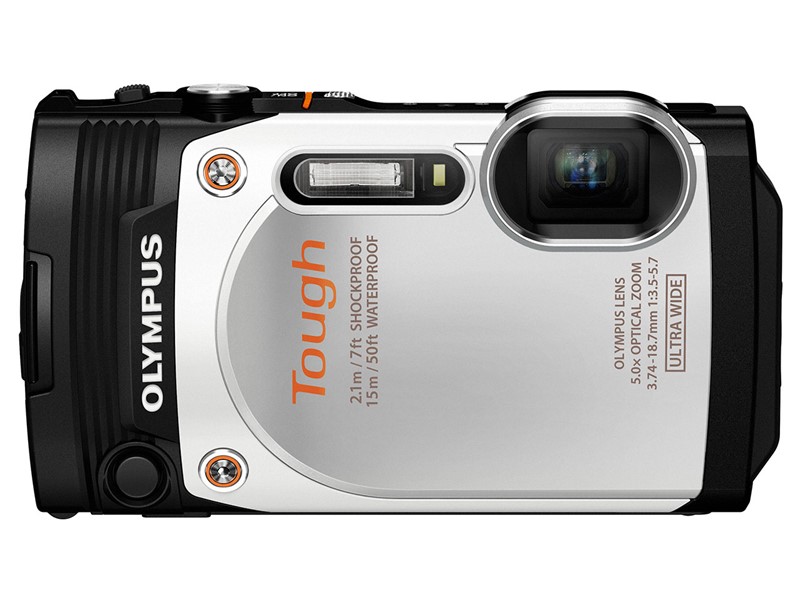 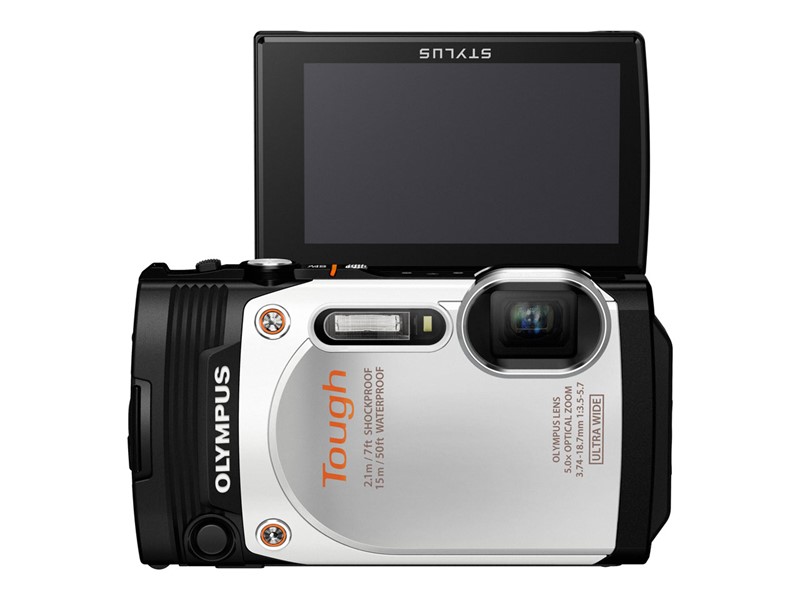 CENTER VALLEY, Pa., February 5, 2015 — Olympus brings an added degree of Tough functionality and photographic excellence to the renowned Stylus Tough lineup with the introduction of the ultra-rugged Stylus Tough TG-860. This tremendously powerful compact camera packs an ultra wide-angle 21mm lens with 5x optical zoom, allowing you to capture stunning landscapes and detailed portraits alike, along with offering improved video capture options, GPS with multiple satellite system support, built-in Wi-Fi, a variety of shooting modes and Art Filters for capturing and sharing expressive images directly from the camera. The camera features a 180-degree flip LCD for ease-of-use when capturing selfies. Two new customizable function buttons- one on the front and one on the back- allow for quick access to important functions like shutter release and boosting the brightness of the LCD screen.

The Olympus Stylus Tough TG-860 includes built-in Wi-Fi with an easy-to-use setup process and interface. An iOS® or Android® smartphone or tablet can be paired with the Stylus Tough TG-860 in just a few seconds by scanning the QR code displayed on the camera LCD. The free Olympus Image Share app synchronizes a user’s iOS® or Android mobile device with the Stylus Tough TG-860, enabling instant image and movie transfers, and a live view through the camera’s lens. You can also control the camera remotely by touching the smartphone or tablet’s display, as if it were the camera itself, and users can send selected images directly to websites and social media. For users who also want to track where in the world their adventures have taken them, the OI Track app allows users to update the camera’s GPS assist data, transfer GPS logs and pictures from the camera to your smartphone and manage them in albums.

The Olympus Stylus Tough TG-860’s metal construction contributes to the camera’s durability, letting you capture the shots you want even in the most unforgiving situations. A PT-057 Underwater Case expands the camera’s underwater capabilities to 147 feet (45 m), while an optional UFL-3 Underwater Flash enables true underwater flash photography. A CSCH-124 Silicone Jacket protects the camera from scratches on land, while a CSCH-123 Sport Holder allows you to attach the camera to a backpack or belt, enabling hands-free photography while participating in extreme sports.

To find out more about the Stylus Tough TG-860, and for a complete list of specifications, visit the Olympus website at http://www.getolympus.com/us/en/digitalcameras/tough/tg-860.html.

*1 Shockproof when the flip LCD is closed.