Sony has announced the A77 MK II which features the world’s fastest continuous shooting speed up to 12 fps amongst interchangeable-lens digital cameras.

The instruction manual for the Sony A77 Mark II A-mount camera is now available for download. You can download Sony A77 MII user’s manual as pdf file. See also in other languages from here. 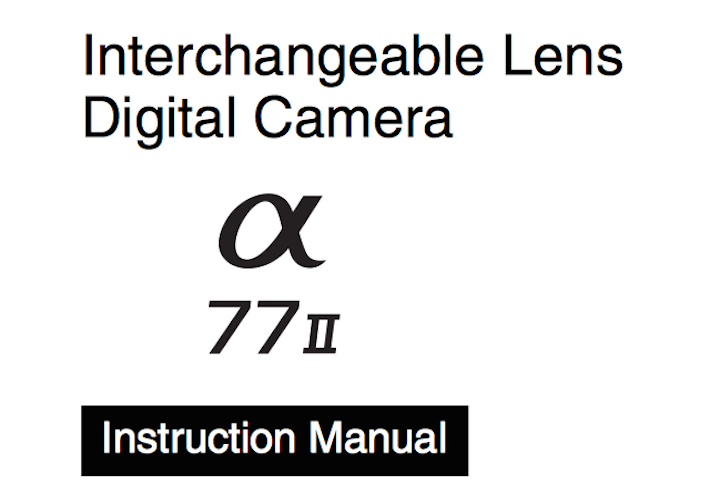