Canon USA has scheduled a media event in its new headquarters in New York for August 21st. There is no detail if this is going to be a product announcement or a celebration.

Our guess is this is well be an announcement of the new EOS M mirrorless camera. The EOS-M camera line is waiting for an upgrade. The Canon EOS M replacement previously rumored as the new EOS M camera announcement expected to be in late summer, this year. 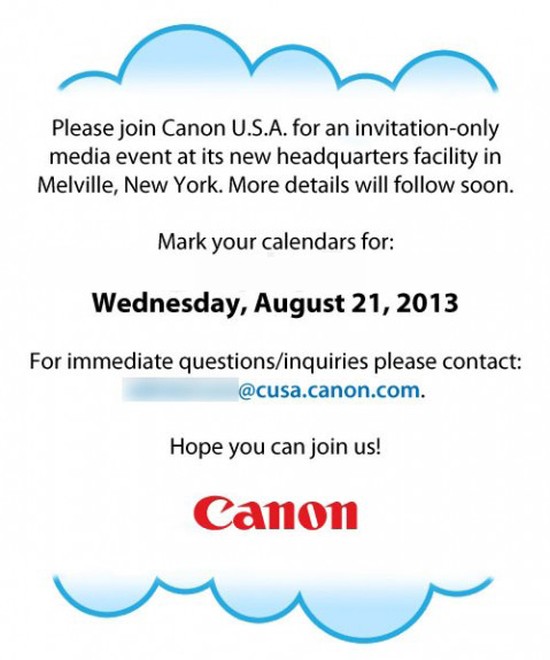 Two versions of the new EOS M are being tested and one of them may feature EOs 100D / SL1′s sensor. The second camera being tested expected to be a high-end product with better specifications.

May be a large sensor powershot previously rumored as Canon Powershot S120 or S200?