Insta360 ONE RS modular action camera announced with more powerful Core and 48MP 4K Boost Lens. Insta360 engineered their ONE RS action camera to connect to a 360° module, a weatherproof wide-angle lens, and Leica glass atop a 1” sensor.

The modular Insta360 ONE RS is available to preorder via Amazon US. Since it’s modular, there are many different purchasing options. The Twin Edition includes the ONE RS Core, 4K Boost Lens and 360 Lens for $549.99. If you want to upgrade from existing ONE R products, the 4K Edition is $299.99, and the 1-Inch Edition is $549.99. The Core, battery and Mounting Bracket are also available as a separate bundle. Support for the ONE R Core and the 4K Boost Lens will come in a post-launch firmware update. 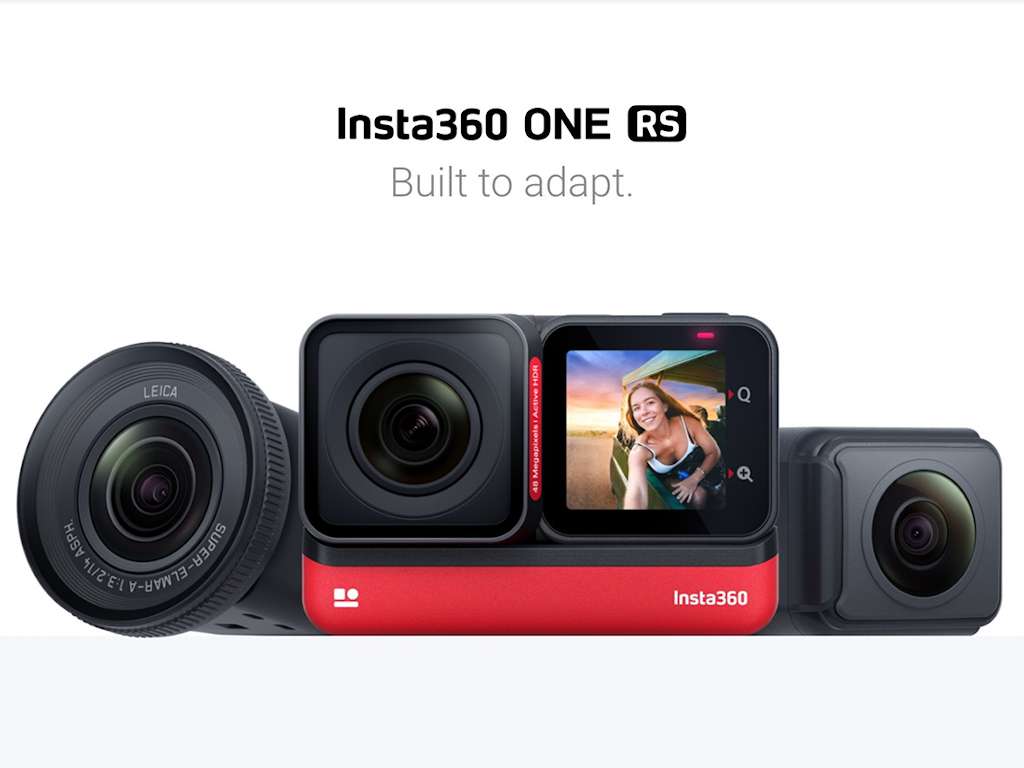 The modular design of the Insta360 ONE RS comes in three configurations, the 4K Edition, Twin Edition, or 1-Inch Edition, each offering a different lens and sensor combo. Their updated ONE RS Core module powers the intense processing for 360-degree video, internal stabilization, and a wind reduction algorithm. Whether you’re looking for a 1-inch sensor with Leica glass, a weatherproof 4K wide-angle lens, or 360-degree 5.7K footage, the ONE RS has an edition for you. Then again, its modular design allows you to have all three.

The Insta360 ONE RS action camera comprises three main parts, the battery, the processor and three quick-swapping lenses. The camera can swap between being a traditional action camera and a 360-degree camera. The Insta360 ONE RS 4K Boost Lens is a modular action camera system that captures up to 6K widescreen video and 48MP still photos, and it features a 1/2″ image sensor with Active HDR support. When the 4K Boost mod is set up with the core module, the core module’s touchscreen live-view display can be used as front- or rear-facing, allowing you to shoot standard 4K video as well as selfie and vlog videos.

Cross-compatibility goes both ways, as the ONE RS can use the existing 5.7K 360 Lens and the 5.3K 1-inch Wide Angle Lens, which is co-engineered with Leica and includes a 1″-type image sensor for improved image quality. The 1″ Mod features a large 1″ sensor and captures up to 5.7K30, 4K60, and 1080p120 resolution, and it also captures 48MP JPG and raw photos.