DxOMark published the Sony A7c sensor review and test results. Finally they have completed their tests and review of Sony’s 24 MP BSI-CMOS inside the Alpha 7C full frame mirrorless camera ($1,798). As a result the Sony A7c achieves an outstanding overall score of 95 points, with a combination of 25 bits color depth, 14.7 EV dynamic range, and 3407 ISO low-light.

The Sony a7C with 28-60mm lens kit wins the NO. 1 best selling camera while the Sony a7C body gets the 2nd position. With this sensor rating of 95 points, the Sony A7c has high color depth, wide dynamic range, and low noise, which makes it a nicely balanced performer and highly competitive. Its score places it in 19th position in our database of full-frame 35 mm and MF sensors overall, 17th place for full-frame 35 mm, and in 7th place for Sony cameras.

See the review results in the table below. 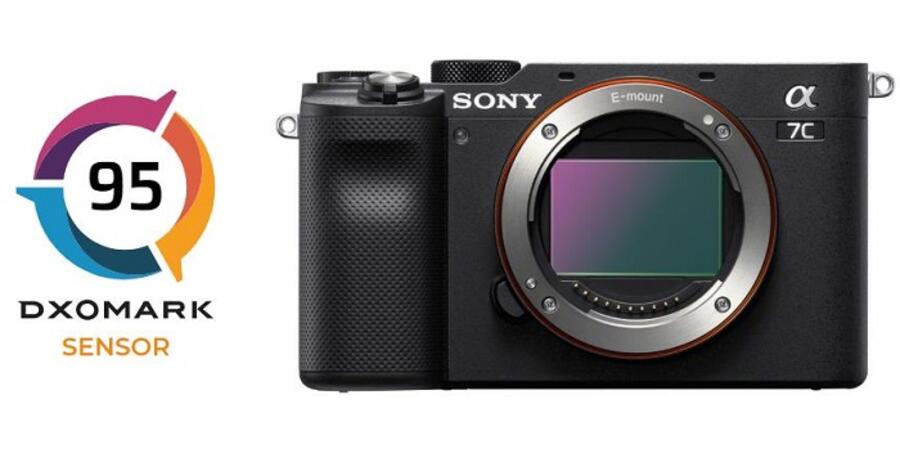 Featuring a rangefinder-style body, the Sony A7C is an intriguing step between the Sony A6xxx series and the DSLR-style A7xxx models. While targeting the hybrid stills and video market, the design means it’s likely to find favor with vloggers and others looking for a highly compact and portable full-frame camera, and it’s an attractive alternative to the larger A7 III and A9 models. At launch, the price is advantageous as well.

The BSI-CMOS in the Sony A7C performs well altogether. The results are practically identical to the sensors in the Sony A7 III and A9 II, and it produces a nice balance between maximum dynamic range at low ISOs and maintaining a usefully wide dynamic range at higher ISO settings. And the same can be said for color depth. All combined, the Sony A7C is an attractive option for landscape, travel, wedding, and portrait photographers, while the rangefinder-style body should also appeal to the traditional street photographer.

You can read the full review at DxOMark. 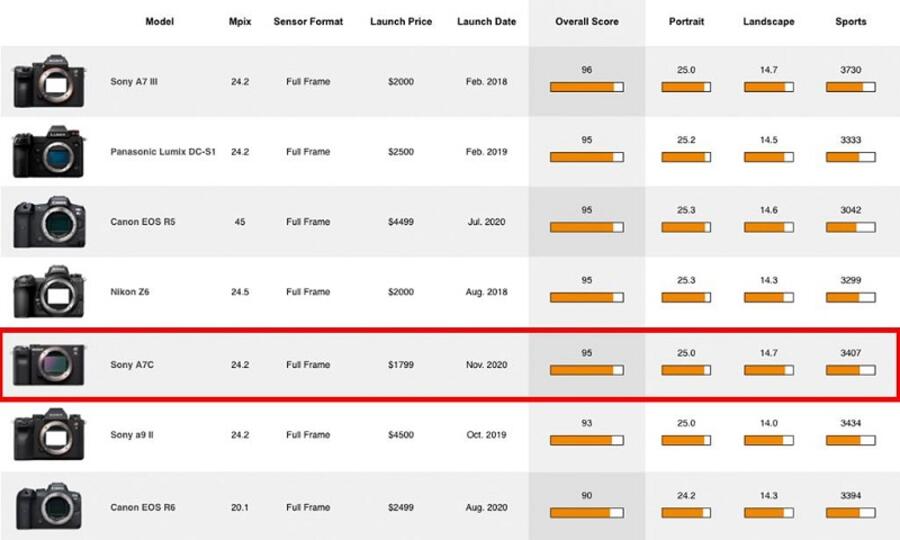