The X-A10 can record both high-resolution photos and Full HD video. The sensor’s design ensures true color balance and natural skin tone reproduction, which can further be optimized using the Portrait Enhancer Mode. 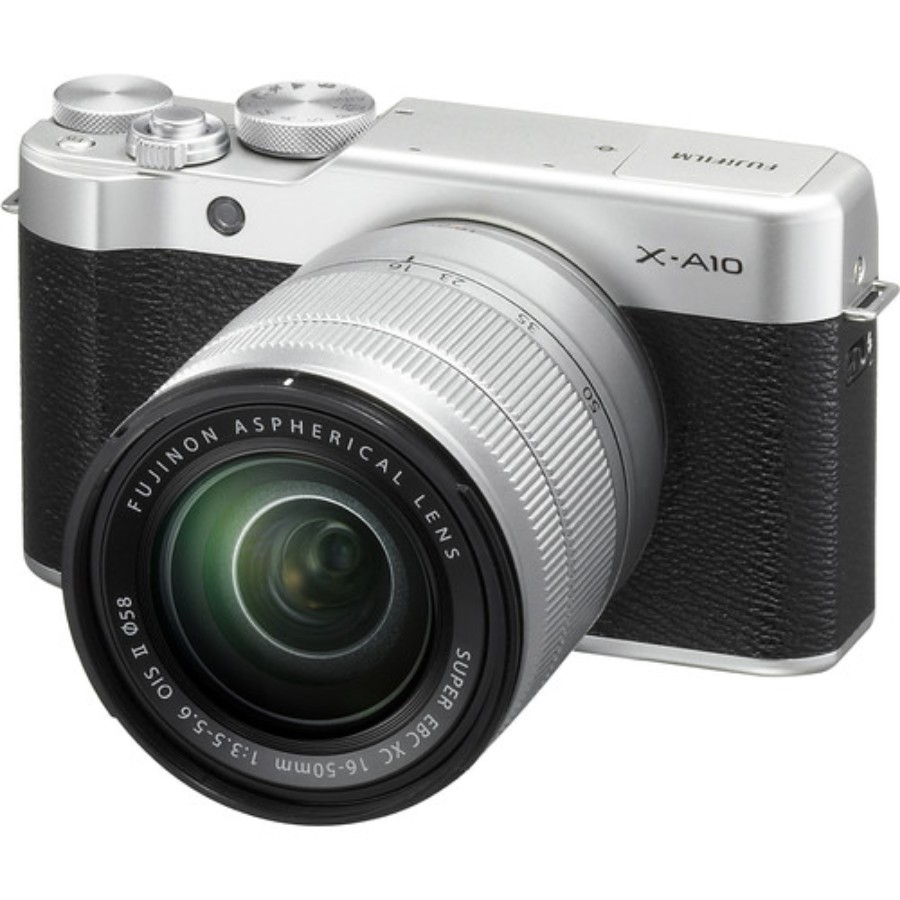 The camera’s grip is shaped to accommodate both normal shooting and self-portraits. When taking a selfie, you can focus and release the shutter by pressing the vertical command dial found directly below your index finger. This also reduces the camera shake. Rotating the tilting LCD upward by 180 degrees activates the Eye Detection AF to automatically adjust the focus on the subject’s eyes.

The slide-and-tilt mechanism enables the screen to be fully visible even when it is tilted by 180°. The use of two Command Dials means you only need a thumb to quickly adjust aperture, shutter speed and exposure settings.

Frequently used functions such as white balance, continuous shooting and the self-timer can be assigned to standalone function buttons. So you don’t need to dive into the camera’s menu.

The Fujifilm X-A10 offers a total of six Film Simulation modes. It contains PROVIA (standard), the Velvia (vivid), ASTIA (soft), CLASSIC CHROME, as well as Monochrome and Sepia. Fujifilm X-A10 battery is NP-W126S lithium-ion. It is rated at approx. 410 frames on a  single charge.