Luna is a spherical camera that records 360° footage for viewing on desktop or through a cardboard VR headset.

Only 6cm in diameter and weighing a little over 180g, Luna’s form factor can be best compared to that of a golf ball. Luna features a pair of 190° fisheye lenses, and uses ‘artificially intelligent auto-stitching software’ to merge the captured 2K footage into a single 360° HD video.

With a built-in gyroscope and an IP-68 waterproof rating, Luna is designed with the adventurous videographer in mind.

Memora, the company behind Luna, is accepting pre-orders through IndieGoGo for the early bird price of $199. Delivery is expected within seven months. 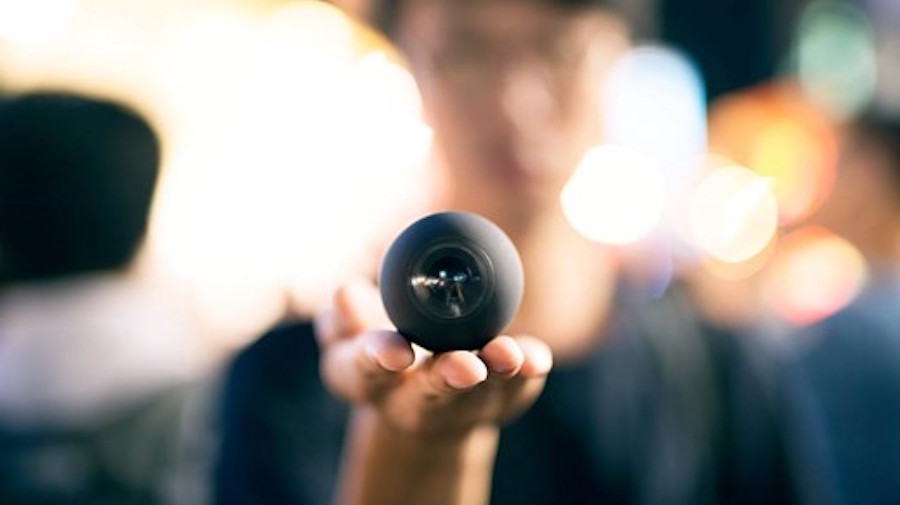 Luna is a tiny, easy to use camera designed to capture and share 360° footage, is now available for early orders on Indiegogo

SAN FRANCISCO, December 8, 2015: Today marks the launch of Luna, a tiny to use 360° camera that allows anyone to record and share their memories in immersive 360°, on crowdfunding platform Indiegogo.

Immersive 360° videos are the next generation of visual media. With YouTube and Facebook rolling out support earlier this year, millions of users around the world have the ability to explore immersive environments by tilting their phones or by dragging their cursors within videos on desktop.

“Today, to shoot high quality 360° video, cinematographers use professional 360° camera rigs and complicated stitching software. While publishers such as the New York Times, Discovery, GoPro, Saturday Night Live and VICE are all creating and sharing 360° videos online, there has been no easy way for consumers to do so.” Chiang Fon Luna´s CEO.

Just 6 centimeters in diameter, and weighing a little over 180 gm, Luna’s form can be best compared to that of a golf ball. Its dual-fisheye-lens design, and single button operation makes 360° video accessible to everyone. One click for panoramic 360° photographs and two clicks for stunning 360° videos. With artificially intelligent auto-stitching software, Luna not only removes the hassle of stitching software, but is able to stream 360° content live over wifi — making it possible for your friends and family to beam in and look around in real time.

In immersive 360°, Luna truly captures the enormity of the snow clad mountain range, the adrenaline fueled rush of a skydive, or even the breakneck pace of a jet ski. With an inbuilt gyroscope for crystal clear video stabilization, and an IP-68 waterproof rating, Luna is designed for adventure.

Luna’s magnetic adaptor serves as a data and power connector while also providing an interface for custom accessories. Luna comes with an optional monopod, a docking station, a keychain, and a universal tripod adaptor.

While videos from Luna are compatible with YouTube, Facebook, Littlstar and other social media websites, it comes with 360 video player that allows you to re-live memories in virtual reality mode using a custom DODOCase built Luna Cardboard or VR headsets such as Oculus Rift.

Luna is available for pre-order for 60 days on Indiegogo for the early bird price of $199. Given an OEM partnership with a spherical camera manufacturer in Taiwan, Luna promises to deliver within 7 months.