The patent describes a new Canon 300mm f/4 IS lens that includes an improved refractive index distribution element. Along with the 300mm f/4 IS lens, the patent application also mentions about a new EF 24mm f/2.8 and a 50mm f/1.3 lens models. 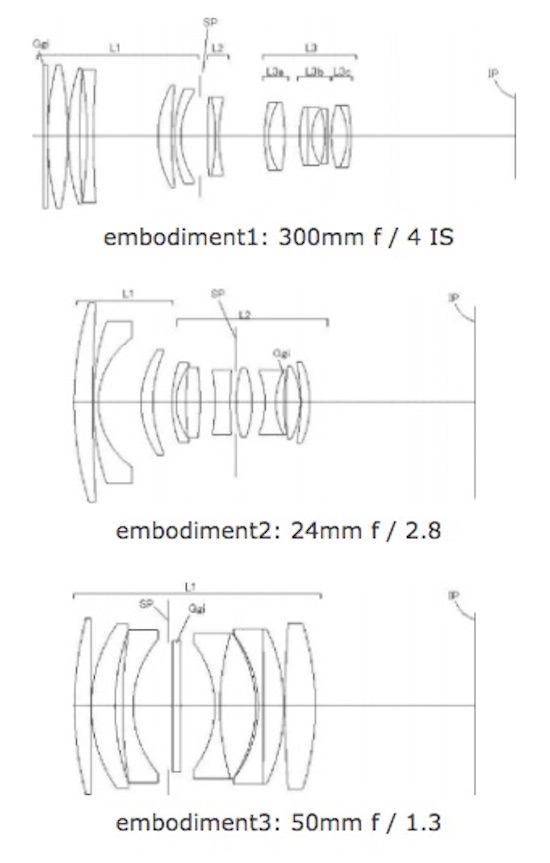