The Laowa 50mm F2.8 2x Macro costs $400 before tax and is available to purchase now on the Laowa website. 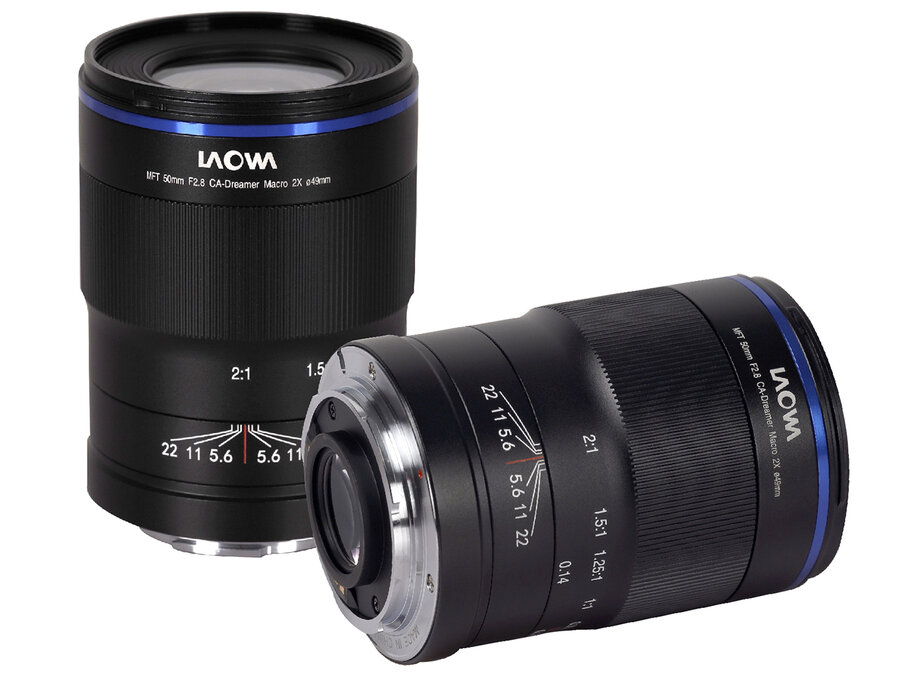 Venus Optics, the camera lens manufacturer endeavoring in unique ultra-macro lenses, announce the release of Laowa 50mm f/2.8 2X Ultra Macro APO Lens. The new 50mm lens is specially designed for Micro Four Thirds (MFT) cameras and it is the first- ever 2X macro lens designed for this sensor size. The lens also features an apochromatic (APO) design to minimize the chromatic aberrations across the frame. The ex-VAT retail price is USD 399/pc and pricing may vary in different countries.

Unlike most of the MFT macro lenses in the market which can focus only up to 1X, the new Laowa 50mm macro lens offers a 2X maximum magnification ratio along with a minimum focusing distance of 5.3” (13.5cm). It has become the first lens ever designed with a greater- than-life-size (2:1) maximum magnification for MFT cameras, allowing photographing close subjects with finer details. The wider magnification range also makes itself flexible for shooting subjects at different sizes. The lens can focus to infinity and serve as an excellent portrait lens with its 100mm equivalent field of view on 35mm sensors.

2) Equipped with a CPU chip and motor (Automatic aperture)

The lens is equipped with a CPU chip and motor and the aperture can be controlled via the camera body. All the lens data is directly recorded on EXIF. Moreover, the focus magnifier would automatically triggered for easier focus control when the focus ring is rotated.

The new 50mm f/2.8 2X Ultra Macro has a optics design with 14 elements in 10 groups, three out of which are extra-low dispersion glasses to minimize chromatic aberrations across the frame.
This lens has inherited the exceptional APO design from Laowa 65mm f/2.8 2x Ultra Macro APO, where both lateral chromatic aberration (LaCa) and longitudinal CA (LoCA or Bokeh Fringing) are eliminated.

The 50mm lens is extremely compact and light in weight. It measures 3.1” (79mm) long and weighs only around 8.4oz (240g). Venus Optics take advantage of the short flange distance of mirrorless cameras and compress the size of the lens to the minimal. An internal focus design is also adopted so that the length of the lens can be maintained during focusing.

With the previous success of the Laowa 65mm f/2.8 2x Ultra macro APO which was optimized for APS-C, the new 50mm lens is specially developed for MFT mirrorless camera users. It can be used on Panasonic, Olympus, BMPCC 4K, etc.

The lens is currently available to order in authorized resellers and in Venus Optics official website (http://www.venuslens.net/). Shipping starts immediately. The ex-VAT retail price in the US is USD 399/pc. Pricing may vary in different countries.