Ricoh has announced HD-Pentax-D FA* 50mm F1.4 SDM AW and HD-Pentax-DA* 11-18mm F2.8 lenses. Both lenses are part of the company’s Star-series line of high-performance lenses, being designed from the ground up for use with higher megapixel DSLR camera bodies.

The HD-Pentax-D FA* 50mm F1.4 SDM AW is an all-weather full-frame standard prime with a newly-developed Supersonic Direct-drive Motor for faster, quieter AF operation. Designed for full-frame image sensors, this is the first new prime lens Ricoh’s announced for the K-1 since that camera was released.

The full-frame lens will be available from spring 2018, while the zoom lens will hit the shelves in summer 2018. 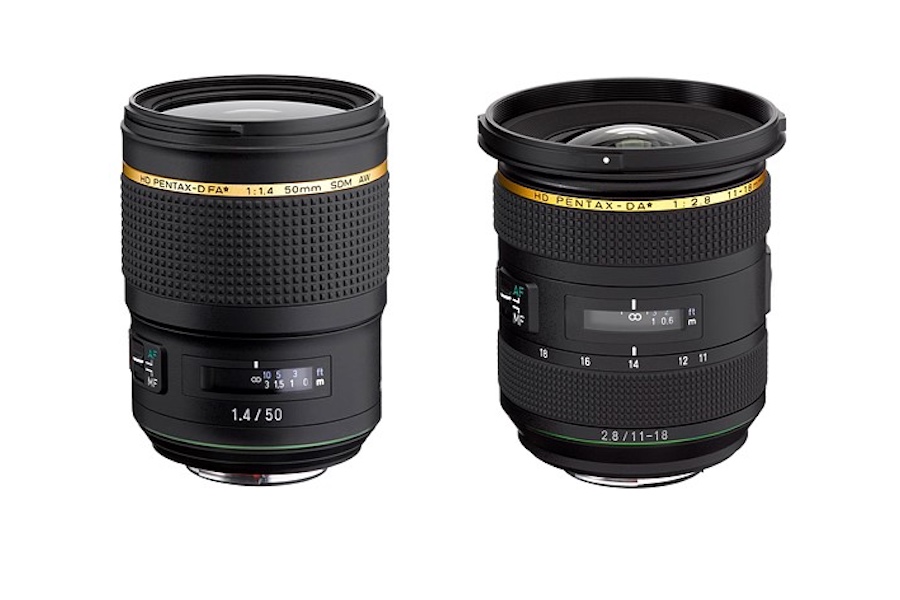 Premium-quality Star-series lenses deliver the highest performance among the PENTAX K-mount interchangeable lens series, and have been highly regarded by PENTAX K-Mount users since the days of film. In addition to the initial design concepts of optimum image quality and large apertures for maximum light transmission, the series has embraced the additional concepts of exceptional toughness and outstanding operability, achieved through the development of a dustproof, weather-resistant construction. The resulting lenses provide superior dependability in a wide range of shooting conditions, and are the perfect companion to PENTAX SLR camera bodies.

Although final names, specs and pricing will not be released until 2018, here are preliminary key features of the two lenses:

The company now known as Ricoh Imaging Americas Corporation was originally founded in 1919, under the name Asahi Optical Joint Stock Co. and launched its first SLR camera in the 1950s under the PENTAX name. Today, Ricoh Imaging Americas Corporation continues to produce the heritage-rich, award-winning line of PENTAX DSLR cameras, lenses and sport optics equipment as well as Ricoh’s offering of stylish and compact digital cameras, known for their wide-ranging, rich set of features.